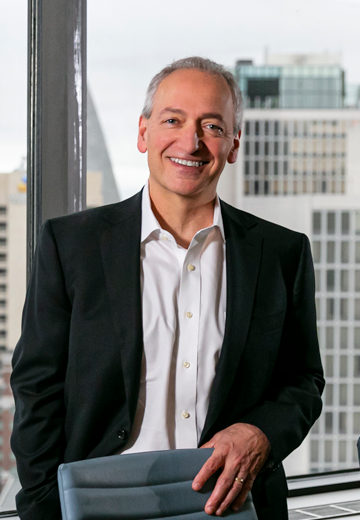 An Exceptional Track Record Of Success

For 30 years, John Simon has devoted himself to fighting for the victims of negligence in St. Louis and across the nation. Because of his unparalleled skill and belief in the power of the law, John has secured over 150 verdicts and settlements in excess of $1 million or more for his clients.

John’s practice is among the most accomplished in the nation:

Fighting for Plaintiffs Across the United States

John’s conviction and passion for the law form the cornerstone of our practice. His belief in the power of hard work, persistence, and dedication allows him and his fellow attorneys to achieve incredible results. Above all, he knows that a group of committed individuals working together can accomplish great things—that’s the heart of his firm.

Bettering the Lives of Clients Nationwide

John’s practice is driven by improving the lives of his clients and making the products they use safer. For example, when a natural gas explosion killed Louis Brown, his family came to John. John’s investigation showed Laclede Gas knew 80,000 copper gas lines were lying under St. Louis neighborhoods at risk for corrosion. John not only secured $8 million for Louis Brown’s family, but the case forced Laclede Gas to replace all 80,000 faulty lines.

In another pivotal case, John fought for Captain Mike LeBrun, a firefighter who passed out in a burning building due to a faulty oxygen alarm system in his breathing tank. Though he lived, the oxygen deprivation tragically damaged Captain LeBrun’s brain. John ensured that Mike received the millions of dollars he would need to get the medical care he required—while forcing the makers of the respirator, Mine Safety Appliances, to issue a nationwide warning about the failed air tank alarm.
John has secured more than 15 verdicts/settlements over $10 million, and more than 25 verdicts/settlements over $5 million. Here are some of his most notable cases:

John’s honors and awards reveal what John’s clients already know—he stands among the best litigators in the United States. These awards include Lawyer of the Year for both Product Liability and Personal Injury, and he was listed in the Missouri & Kansas Super Lawyers® Top 10 in 2009, and 2013-2017. Additionally, his induction into The Inner Circle of Advocates – which consists of the 100 top plaintiff attorneys in the United States.