August 8, 2016, a 26-year-old young woman with a history of psychiatric disorders as well as suicide attempts and ideations immersed herself with hairspray, got in her bathtub and set herself on fire. Her mother heard her screams, rushed into the bathroom, and extinguished the flames as quickly as she could. The young woman suffered third-degree burns over 42% of her body. Fortunately, she survived, but her pain and suffering were far from over. The young woman underwent over 2 dozen skin grafting procedures and was left with permanent scarring, and nerve damage. Plaintiff believes this incident could and should have been avoided.

July 23, 2016, the young woman was experiencing suicidal ideations, telling her mother “I just want to die.” She overdosed on her prescription medication, causing seizures. She was rushed to Liberty Hospital in Liberty, MO. Upon admission, her prior medical records provided additional patient history describing diagnoses of mental illness and past suicidal gestures. She continued to express suicidal ideations into the following day. However, by the time she had her psychiatric consult on the third day of hospitalizations she said she was feeling much better and was no longer suicidal, so she was discharged with follow up psychiatric care set to occur 8 days later, but without adequate psychiatric medications. Plaintiff did attend that appointment, but 6 days thereafter the subject incident still occurred. Plaintiff alleged she should not have been discharged from the hospital, but rather transferred to inpatient psychiatric care, and with proper medications and a sufficient safety plan in place.
Attorneys Timothy Cronin and John M. Simon represented the young woman in this matter. The trial began July 6, 2021, in Clay County Missouri. During the course of the trial, attorneys for Liberty Hospital and Dr. Spurlock proposed to the jury that Dr. Spurlock met the standard of care by adequately evaluating the woman and then ultimately discharging her. In addition, attorneys for the defense offered to the jury that the incident on August 8, 2016, was an “accident”. On the contrary, Timothy and John presented years of patient history describing struggles with mental illness and past suicide attempts. Attorneys for the plaintiff also showed the jury that Liberty Hospital’s policies for discharging patients with “suicide precautions and/or psychiatric/behavioral disorders who have demonstrated imminent risk to self or others” were not followed.

The jury deliberated for over 6 hours and returned a verdict in favor of the plaintiff. The jury assessed 100% fault to Dr. Spurlock and his employer Meritas Health Corporation.

Mental illness and suicide are continuous ongoing battles in our country. If you or anyone you know is suffering from suicidal ideations, there are resources available. To learn more visit suicidepreventionlifeline.org or call (800) 273-8255 to speak with someone today. 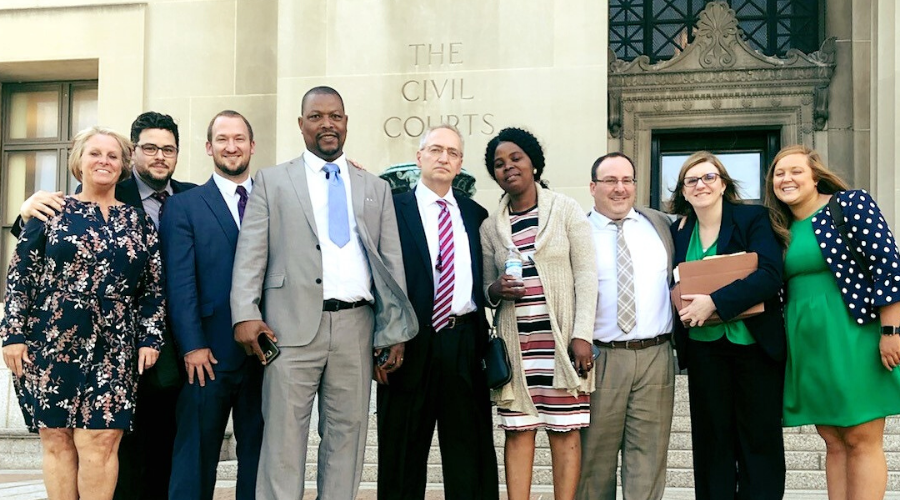